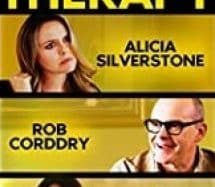 Hitched couple Bob and Susan Howard (Rob Corddry and Alicia Silverstone) choose to see a marriage mentor named Judy Small (Michaela Watkins), who as of late moved close to their home in Los Angeles. At the point when Bob and Susan initially meet Judy, she appears to be skilled, savvy and dependable, with a past filled with different couples who have been effectively rewarded without episode. In any case, Bob and Susan’s specific enthusiastic elements are a trigger for Judy’s dull, clashed driving forces. Recommending seeing them independently, Judy unpretentiously stands out them from one another and carries her union with the limit in a progression of hilariously upward controls.