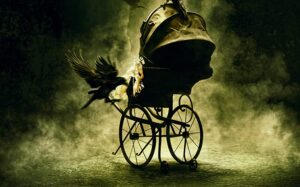 The film unfolds as the Horror Hound festival holds its first event in Louisiana, where it attracts hundreds of geeks, freaks, and die-hard horror fans from far and wide. Among them is fanboy Chase and his girlfriend Laine, who is forced to come along for the ride. But as the event approaches, Laine begins to experience unexplained premonitions and disturbing visions associated with the town’s past, and in particular, local legend/urban myth The Creeper. As the festival rolls around and the blood-soaked entertainment turns into a frenzy, Laine believes something supernatural has been summoned and that she is at the center of it.