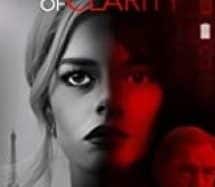 After his sweetheart Georgia (Samara Weaving) is murdered by European mobsters, Sam (Zach Avery) escapes to Paris to cover up. A long time later, he sees a lady in a Hollywood film who makes certain to be Georgia. In LA to explore, he meets the confounding Kat (Carly Chaikin), who rashly chooses to help him in his hunt. Be that as it may, when Sam meets the baffling entertainer up close and personal, his life turns crazy.