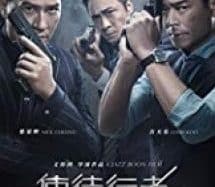 In this activity appear, a fender bender triggers a war between neighborhood police and a worldwide fear based oppressor association. After Superintendent Yip (Francis Ng) and Inspector Ching (Nick Cheung) capture a programmer named Yiu associated with the mishap, the two police officers are suspected by Superintendent Cheng (Louis Koo) of being twofold operators. The signs lead the three officials to the outside place that is known for Myanmar and Spain, however as the examination proceeds with the lines between who is great and awful become obscured.