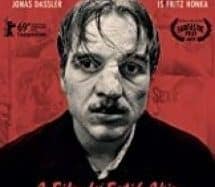 Hamburg, 1970. From the outset, Fritz Honka is only a sad failure. This man with a messed up mouth is remaining at a dingy bar in his neighborhood, “Brilliant Glove” (“GoldenGlove”) around evening time, searching for single ladies. Common individuals don’t presume that Honka, apparently innocuous, is a genuine beast.

A scatological film made by a Turk in the German “multicultural” society, a film that sucks through scribbling (here it reads “realism”) and which does not respect historical truth. A Turkish director in Germany has his audience between 3-3.5 million, which is hard to count. A movie that sucks is not necessarily a good movie. It is a bit out of character, a series of episodes without any imagination partly invented (the young man from Blankenese s.a.m.d.) So neither documentary nor fiction, something like a Döner Kebab.