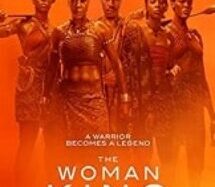 The Woman King follows Nanisca (Viola Davis) who was an army commander in the Kingdom of Dahomey, one of the most powerful places in Africa in the 17th and 19th centuries. During the period, the military group consisted only of women who together fought French colonists, rival tribes and all those who tried to enslave their people and destroy their lands. Known as Agojie, the group was created because its male population faced high casualties in the increasingly frequent violence and warfare with neighboring West African states, which led to Dahomey being forced to give up male slaves annually, particularly to the Oyo Empire, which used this for trading goods as part of the growing phenomenon of the slave trade in West Africa during the Age of Discovery, which saw women enlist in combat.