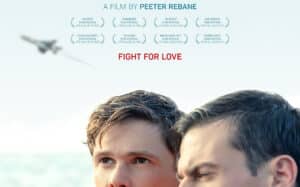 Estonia. In the 1970s. The Cold War is believed to be at its height. Young soldier Sergey (Tom Prior) and his girlfriend Luisa (Diana Pozharskaya) serve at an air base in the USSR. Here, both gradually fall under the spell of the daring fighter pilot Roman (Oleg Zagordnii). However, the growing love between the men must be kept a secret at all costs – because Roman is on the KGB’s watch list.